Mdm Wee* is a single mother with five young children from two different men. Mdm Wee had left the children unsuper-vised for longs periods at night while she went out to meet her friends. The eldest, Michelle*, was injured in her attempts to fill her mother’s role and care for her younger siblings. Mdm Wee had also beaten the children and called them names when she was angry and frustrated with them. Two of her children had been adopted by other families and three of them were removed from her care by Child Protection Services and placed in foster homes.

This case was referred to us in 2015. My role was to supervise the contact between Mdm Wee and her three children to ensure their safety. I would also work with Mdm Wee to guide her in her parenting so that her children can return to her care in the future.

In the first few contact sessions with us, Mdm Wee spent most of the time on her mobile phone while the children played with each other. She was not receptive to my feedback and guidance, and it took about two months of supervised weekly contact before she learnt how to attend to her children and discipline them appropriately. Over time, the children seemed to sense the hard work she put in to engage them in conversation and play, and they began to be more affectionate with her. Encouraged by her progress, Mdm Wee grew more determined than ever to have her children back in her care. Improvements were definitely seen, and eventually, Mdm Wee was allowed supervised outings with her children for a few hours each week.

In due course, Mdm Wee showed that she was able to care for her children appropriately; and eventually supervision was reduced. Through continuous help and feedback, Mdm Wee’s weekly outings with her children are now supervised for only a couple of hours, before she takes over without supervision for the rest of the day. Currently, Michelle is scheduled to return to Mdm Wee’s care by the end of 2017!

“Working with clients like Mdm Wee is like a waltz – you take steps forward, and at other times, you take steps backwards, but it is all part of the dance.”

I remembered many highs and lows during my two years working with Mdm Wee and her children. A lot of patience and skill was needed to deal with Mdm Wee’s anger at her children being taken away from her. It took such a long time for Mdm Wee to trust me and be receptive to my feedback and guidance. Over time she did, and seeing Mdm Wee make progress was a great affirmation to my work, and to the work of other social workers, who also have their own fair share of cases. After years of dealing with cases like these, I’ve learnt something very important: working with clients like Mdm Wee is like a waltz – you take steps forward, and at other times, you take steps backwards, but it is all part of the dance.

And it’s definitely not going to be thoroughly smooth sailing. There will be setbacks, but you’ll come to see that with commit-ment from the clients, and appropriate guidance from us, the result is a beautiful, graceful dance. As I reflect on the cases I’ve handled, my favourite quote from “The Hobbit” by J. R. R. Tolkien comes to mind, “Then suddenly when their hope was lowest, a red ray of the sun escaped like a finger through a rent in the cloud.” In some small way, I hope I was like a red ray of the sun for Mdm Wee and her children.

*Names have been changed to protect confidentiality 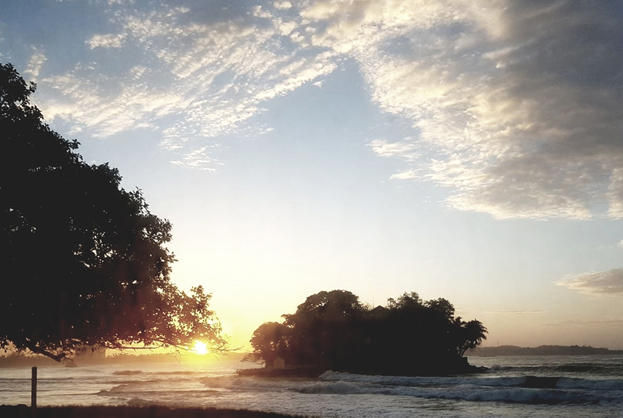